Priyanka Chopra is the winner of Miss World 2000 pageant and is one of the highest paid and most popular indian actress. She is the most stunning and stylish Bollywood actress. Priyanka Chopra is the winner of the Miss World 2000 pageant and is one of the highest-paid and most popular Indian actresses. She is also the receiver of Padma Shri which is the fourth highest civilian award given by the government of India for her contribution to arts. TIME magazine has named her one of the 100 most influential people in the world. Forbes Magazine also listed her as World’s Most Powerful Woman in both 2017 & 2018. She had starred as the Title Character in “Mary Kom” which is a biopic film of the five-time world boxing champion and Olympic bronze medalist Mary Kom.

Priyanka Chopra is the most stunning and stylish Bollywood actress as well as a singer who appeared as one of the most renowned and top-rated profile personalities in India. She was born on 18th July 1982 in Jamshedpur, India. Her Mom Madhu Chopra and her father Ashok Chopra are doctors. Priyanka Chopra married Nick Jonas, a well-known American musician, and actor, in the year 2018. 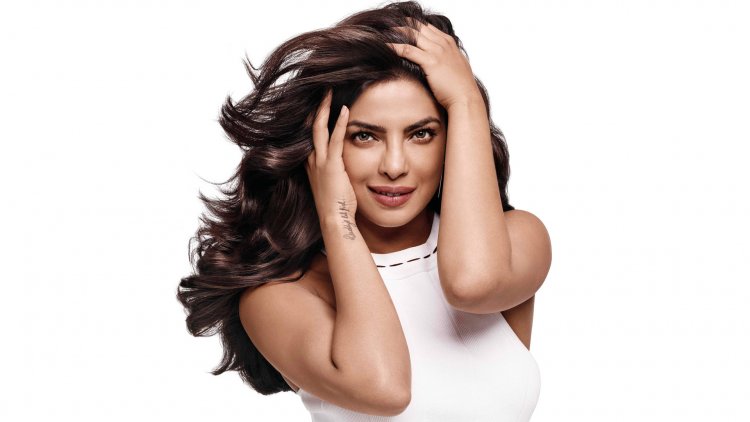 Her father worked as a surgeon in the Indian Army. Priyanka joined Newton North High School, Massachusetts, and afterward moved ahead with Cedar Rapids, Iowa’s John F. Kennedy High School prior to completing her education from Army Public High School, Bareilly. Priyanka Chopra joined Jai Hind College; Mumbai with the intention of pursuing her graduation though left it after winning the title of Miss World Pageant. Priyanka has deep sympathy for suffering mortality and has been keenly participating in charity chores in the USA and India, after winning the title of Miss World. She was:

Priyanka Chopra made her first acting debut with the Bollywood movie Andaaz. Her co-stars in the film were Miss Universe Lara Dutta and Akshay Kumar. Priyanka Chopra received two awards for this movie. Her subsequent movie Aitraaz was not a megahit but she was highly admired for her negative character in the movie. For the movie Hero, she received Star Dust Award 2003 in the nominations for New Female Actress in supporting role. The film Krish is the most popular film of Priyanka’s career. She has been coupled opposite Hrithik Roshan in this movie playing the character of a superhero. Priyanka has also appeared with most popular Bollywood heroes like Salman Khan in Salaam-E-Ishq and Shahrukh Khan in the movie Don.

Priyanka Chopra was also nominated as sexiest Woman of Asia for the year 2006 in Eastern Eye. This renowned Bollywood actress has also been the brand ambassador of a few greatly reputed brands such as Garnier, TAG Heuer, Pepsi, Nestlé, Nokia, and more. At the young age of 13 years, Priyanka moved to the United States for studying.

Priyanka Chopra's childhood aim in life was to study aeronautical engineering, however, after she won the Miss World pageant in 2000 she accepted offers to join the Bollywood Film industry. She made her Bollywood Debut in 2003 with “The Hero: Love Story of a Spy” Priyanka Chopra has always remained in limelight during her Bollywood career and her name was associated with big Bollywood stars like Shah Rukh Khan & Akshay Kumar. But finally, in 2018 giving aside all rumors she married Nick Jonas ( American Singer and Actor)

Priyanka Chopra has always been associated with many humanitarian and philanthropic activities. She is working with UNICEF since 2006 and is also appointed as the national and global UNICEF Goodwill Ambassador for Child Rights in 2010 and 2016. She raises her voice and fights against many social causes such as the environment, health and education, and women’s rights.

In America, she was the second winner of the Femina Miss India contest and entered the Miss India World title where she was crowned Miss World. She became the fifth Indian to receive this honor. After winning this title she started getting many offers from the film industry to make her debut. Despite all in the year 2002, she made her debut with the Tamil language film Thamizhan.
In 2003, she made her debut in the Bollywood Films through the Raj Kanwar-directed film Andaz starring Akshay Kumar and Lara Dutta. For that film, she won the Filmfare Award for the Best Female Debut as well as the Screen Awards for Most Promising Newcomer-Female. In 2004 she played a negative role in the film Aitabar which was highly praised.
Priyanka has proved herself to be Bollywood's top actress since 2006 as her two films, 2006 and Krrish and Don, were financially the most successful movie of that time. Later, her 2008 film Fashion changed her career completely. She was on the list of top heroines of Bollywood. Even though for the film fashion she was awarded the National Film Award for Best Actress for Fashion in 2008. In the subsequent time, she appeared in some of the successful hit films such as Ra. One, Don 2, Agneepath, 7 Khoon Maaf, Barfi!, Mary Kom, and Bajirao Mastani.Both of these were declared as the hot films at the box office and she became the highest-paid actress in Bollywood. In the year 2015, she got a chance to work in the Quantico (television drama thriller American series) in the role of the female lead in both the season of the series.
For her brilliant acting in this Tv series, she won the People's Choice Awards for Favorite Actress In A New TV Series in 2016 as well as for Favorite Dramatic TV Actress in 2017.