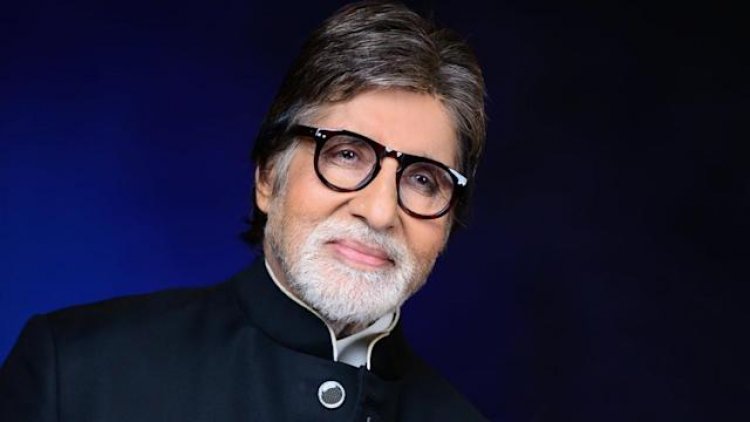 The Amitabh Bachchan- legendary actor, who has been known for his versatility and power pack performances was born on 11th October 1942 in Allahabad, Uttar Pradesh, India. He is one of the leading Indian Actors who has also tried his hands in Production, Singing, and Hosting TV shows.

The superstar of the Indian Cinema, also known as the Angry Young Man of Bollywood, has been ruling Bollywood since 1969. The Shahanshah of the Indian Film Industry is loved and adored by all generations. He is one star, whose movies have been watched by four consecutive generations and is still active. His stardom and aura, are just beyond words, he is the owner of a billion hearts.

Amitabh Bachchan completed his school-level education at Jnana Prabhodini Boys High School, Ahmedabad. He did his high school at Sherwood College in Nainital. After which he enrolled at the Delhi University’s Kiriri Mall College and obtained his B.S.C. degree.   He started his professional career by working as a freight broker in Kolkata but soon quit his job to pursue his dream of becoming an actor.
He made his Bollywood debut with the film Saat Hindustani and won his first-ever National Award under the category of Newcomer for that film. After a string of flop movies and even decided to leave Mumbai but then happened Zanjeer and his fortunes changed forever. He rose to prominence from the mid-1970s and his films like Deewar, Chupke Chupke, Majboor, Silsila, Don, Kaala Patthar, Trishul, and others were some of the biggest hit films of his career then.
After acting in lead roles for almost three decades, he was then seen in playing lead actor’s father’s role and became immensely popular with his role in Kabhi Khushi Kabhi Gam and Mohabattein among others. His performance in Black and Paa didn’t just win him National awards but also proved that his actions will remain unmatched in Bollywood forever. Among his recent released Piku and Pink were a huge hit and though he is in his seventies but is still the best in business.
In addition to films, he has also been a superstar of the small screen. He made his small screen debut with the reality show Kaun Banega Crorepati. This show added to his fan following and made him the superstar of the millennium. The show became the most viewed show on Indian television and the way he conducted himself on the show showed the character of the man that he is.
He has also tried his hands at Politics and was the former MP from Allahabad. His wax statue has been installed at the Madame Tussauds Wax Museum.

He was awarded Padma Shri, Padma Bhushan, and Padma Vibhushan by the Government of India. He has won national Awards four times in his illustrious career. He has also been honored with 2019's Dadasaheb Phalke Award, the Highest Award in Indian Cinema.